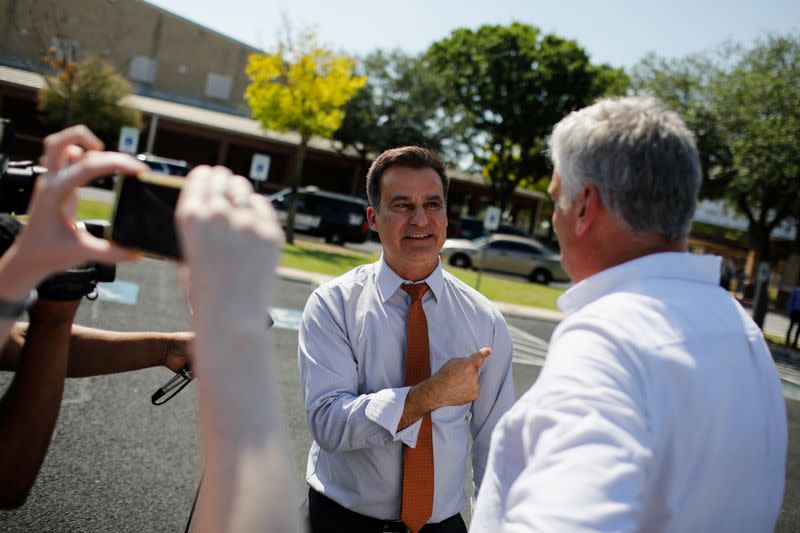 (Reuters) – A Texas senator sued the state’s Division of Public Security on Wednesday to see the complete information of the Could elementary faculty taking pictures that killed 19 youngsters and two academics.

Texas Senator Roland Gutierrez, a Democrat who represents the town of Ovaldi the place the mass taking pictures passed off, mentioned the response to the bloodbath at Robb Elementary Faculty was “full of misinformation and outright lies” from the beginning. “The Ovaldi community now deserves answers,” he mentioned in an announcement after the lawsuit was filed in Travis County District Court docket.

The state senator mentioned the division denied his open information request for paperwork in regards to the taking pictures. The ministry didn’t instantly reply to a request for touch upon Wednesday.

Uvalde Mayor Don McLaughlin mentioned the day earlier than that the Uvalde County District Lawyer had requested the town to not launch information associated to the lawyer basic’s investigation into the college taking pictures.

McLaughlin additionally mentioned that the district lawyer and the Texas Division of Public Security haven’t offered the town with any details about their investigation into the taking pictures.

On Tuesday, Stephen Macro, director of the Texas Division of Public Security, mentioned regulation enforcement’s response to the taking pictures was a “miserable failure” through which the commander put the officers’ lives on the expense of kids.

A number of mother and father, youngsters’s family and employees expressed outrage on the actions of the police after the gunman entered the college and began taking pictures.

Greg Abbott, the Republican governor of Texas, additionally mentioned he needs to launch all of the info in regards to the shootings to the victims’ households and the general public as quickly as doable.

The Ovaldi taking pictures and one other racist taking pictures in Buffalo, New York, through which 10 individuals had been killed in a grocery store, prompted US lawmakers to work on a deal to scale back gun violence.

(Reporting by Kanishka Singh in Washington; Modifying by Jonathan Otis and Aurora Ellis)